Need for Speed: The Run is now available and it has a very interesting premise. In a Cannonball Run-esque type of story you are in a lot of trouble and the only way that you are going to survive is to compete in a nationwide race. Sound a bit ridiculous? It is but then again that is why we play games, to briefly escape the real world and have fun in the virtual realm. Need for Speed: The Run features some great ideas with some lousy execution in certain areas. There are some great moments marred by some suspect A.I. and a flawed “reset” system. The Autolog system is back making it more addictive than ever to try and beat your friend’s time who is only a tenth of a second ahead of you. Need for Speed: The Run is a mixed bag with a lot of potential but never quite realizing it.

The campaign for this game (a.k.a. The Run) begins in a junkyard in Oakland. You were knocked unconscious and when you wake up you find your hands taped to the steering wheel as the car you are in is about to be crushed. You have to break out of the car through a series of quick time events and then try to get away from your captors. This is the first time in the Need for Speed franchise where you are outside of a car for any reason. You don’t get to pick when you want to leave the car and it doesn’t happen very often. The only time it occurs is when the story necessitates it. During the segments that you are on foot you have to successfully complete quick time elements to get to the next section, whether it is fighting with someone, jumping from roof to roof or whatever. If you happen to be someone who hates quick time events you will be relieved to know that these are rare occurences. I probably only had to do it four or five times during the whole campaign and it made sense why I had to do them, from a storyline perspective. As far as the actual story is concerned there isn’t much here. We never find out why Jack (the main character) is in so much trouble. The only thing we are told is the mob has put a hit out on Jack because of his cockiness which isn’t a whole lot to go on. It would have been nice to get some back story or at the very least more interaction between Jack and Sam (his partner) throughout the race so we could explore the relationship between those two. There is probably a large contingent of gamers out there that don’t care about a game’s story, however, I have always been a part of the group that really enjoys a good narrative.

Need for Speed: The Run utilizes the Frostbite 2 engine so you know that it is a very pretty game. If the name of that engine sounds familiar to you it is because it is the same engine used in the recent Battlefield 3. All of the environments look really nice and the development team did a tremendous job creating each section of the country. The race starts out in San Francisco which is a city that I have driven to many, many times. I had a lot of fun racing on streets that I drive on in real life. More specifically speeding on to the Bay Bridge and down the I-580 as I pass familiar freeway signs. After a little while you get to Yosemite and the environment there is pretty stunning with all of the lakes, mountains and everything that Yosemite is known for. The team over at Black Box studios also did a great job in creating some really great moments. One of my favorites was definitely when I was racing through the Rockies. I was racing down a mountain and there was an avalanche going all around me. I basically had to beat the avalanche down the mountain to survive and along the way I had to dodge falling rocks and other pieces of the environment, in addition to the traffic and my opposition. This was a really great moment in the game for me and it would have been nice if there was more of them. The car models all looked really nice and throughout the nationwide race you would periodically get the chance to pull into a gas station. Doing this would allow you to change your car. There are different classes of cars in the game and each class performs better in certain situations. If a particular race that I was on was going to feature a lot of highway driving than I chose the muscle car. If I was going to drive on a more technical course then I would choose an exotic car and so on and so forth.

The Run is broken up into ten stages as you race from coast to coast. While I was participating in the run I didn’t have any problem with this set up, however, once I went back later, I noticed there was a big problem. Each stage featured multiple races. If I wanted to race again on the third race of the “West Coast” leg I had to race the first two races first. Even though I could pick what stage I wanted I couldn’t pick the race within that stage which pretty much kills any kind of replayability, unless you are going for achievements. This is a big mistake by the development team and is going to prevent me from doing much with the campaign mode now that I have finished it. Another thing that really began to irritate me as I progressed was how easy it was to get reset. During races you get the opportunity to “reset” if you make a mistake, go too far off the track or whatever. The amount of “reset” opportunities you are given depends on the difficulty you have the game set on. This is a great idea in theory, however, it wasn’t executed very well. There were times when I barely went off the track and the game decided to reset my car. I could be winning the race and all of a sudden my car is reset because the turn I took was a bit too wide and I momentarily left the pavement. My car was still in perfect shape and I had open space around me but it would still reset me automatically. There are also times when I crashed way too easily. Obviously if I smash head on into another car then my vehicle is going to get wrecked. There were times though when I would barely touch anything and I would still get wrecked. This didn’t happen a whole lot but it happened enough to warrant a mention in this review. The loading time in this game can also be a bit excessive which can be really annoying if I have to do a particular section over multiple times because I have been reset or wrecked. There also seemed to be times when this game suffered from some rubber band A.I. There were a few instances where I would be out in front of the pack and I had at least a five second lead on everyone. Then, all of a sudden, I had someone on my tail challenging me for my spot. This didn’t happen every time but when it did it got pretty irritating.

Autolog makes its return and you’ll see it no matter what you are doing. If you aren’t aware of Autolog it is a service that highlights what your friends are doing so that you can try and beat their time. After a race is done Autolog will tell you whether you beat your friends time or not and also where you are for the event itself. You get real time feedback so that you always know whether you are a second ahead of your friend’s time halfway through the race or whether you are ten seconds behind his pace. There are also exclusive Autolog rewards that can be earned by beating Autolog recommendations and more. In addition to the campaign there is also the multiplayer. Going online will allow you to race against others on Xbox Live in a bunch of different competitions. There is a supercar challenge, muscle car battles, NFS Edition Racing and much more. In addition to racing against your opponents there are certain solo and group objectives for you to complete. By completing these you will unlock more playlists and special rewards such as a new car. You can also create your own playgroup. Creating a playgroup with a bunch of friends will give you access to group challenges that will test your abilities to work together. I definitely had fun doing this although your experience may vary depending on who you are playing with. My time spent online went really smoothly and I didn’t notice any lag at all. Everything seemed to flow the way it should and the races that I participated in were always hotly contested races with close finishes.

In addition to the campaign and multiplayer modes there is also the Challenge Series. This is where you fill find a series of objectives to complete. The more objectives you complete the more rewards you get. Initially you will only have two options to choose from but as you meet the objectives in those you will get the opportunity to go to other locales. To get access to these in the first place you have to have beaten them in the campaign mode. So, to get access to the Windy City challenge series, you need to have gone through Chicago in the main story. Once you pick the one you want you will have five different objectives to meet. These will vary from a rival race, time challenge, sprint race and more. Each stage has its share of challenges so you might want to think about completing the main story so that you have access to everything here. 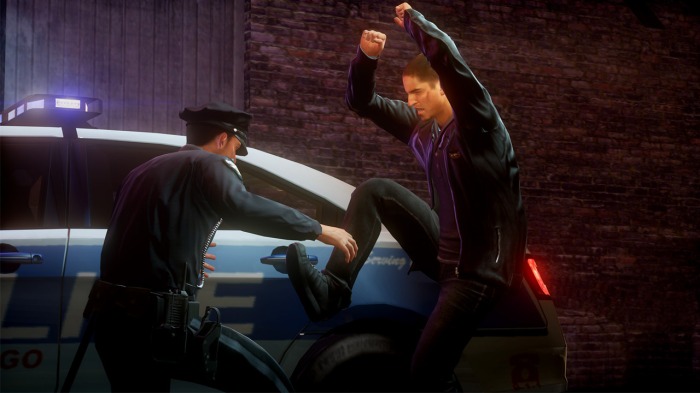 Need for Speed: The Run has a fantastic premise. I loved the concept of racing from San Francisco to New York. Unfortunately the execution wasn’t quite as good as the premise. With that said though when I look at my overall time spent with this game I am happy that I played it. Despite the shortcomings this title has I had fun racing across the country and experiencing moments like that avalanche in the Rockies. I obviously don’t know if there will ever be a Need for Speed: The Run 2, however, I wouldn’t mind playing a sequel as long as some of the issues here are fixed and we get a little bit better of a story. I would have loved to have gotten to know some of the characters in this game but, even though I have gone through the whole story, they are still pretty much strangers. If you are a Need for Speed fan, or a racing fan in general, I would recommend checking this title out. You might want to rent it first though to make sure you enjoy what the game has to offer before spending your hard earned cash.