The Saints are back and this time they have superpowers. The Zin Empire has invaded Earth and their leader, Zinyak, has made it his mission to not only conquer Earth but to also make the lives of the Saints a living hell. Not long after the beginning of the game the Saints crew is kidnapped and tossed into a virtual representation of Steelport. Those who have played Saints Row The Third will recognize aspects of the city although not everything is the same. Since you are in a simulation the rules of the real world don’t apply and this is where your superpowers come in. You will be able to run faster than cars, leap tall buildings in a single bound and more that I won’t spoil. Saints Row 4 still has the over the top insanity that the series is known for but with superpowers thrown into the mix everything gets turned up a notch.

Veterans of the Saints Row series will be immediately at home with how Saints Row 4 feels and plays. The actual gameplay hasn’t changed much but it is what you do with it that has changed. This is the first Saints Row title, for example, that has superpowers. This turned out to be a stroke of genius on Volition’s part as Saints Row 4 to me seems like a perfect marriage of Saints Row, Crackdown and inFamous. I am a fan of all three series but Saints Row 4 really nails it. As you progress through the game will you will gain access to eight different superpowers with four of them being passive and the other four being active. Passive superpowers include things like super sprinting and super jump while the active superpowers will allow you to freeze enemies, light them on fire or more. Once you acquire these superpowers they can be upgraded by finding data clusters that are spread out around Virtual Steelport. These data clusters are similar to the orbs in Crackdown, only done better. There are a total of 1,255 data clusters in the world but if you are one of those people (like I am) that want to find every last one you will be able to do that with relative ease. Since there are so many of them in the world they are really easy to see but as there become fewer and fewer left to collect it becomes a bit harder. That is where the collectible finder comes in to play which you get later on in the game. This puts all of the collectibles you haven’t found on the map so that you can collect everything if you so choose but it isn’t required. The more you collect though will mean the more you can upgrade your powers. Items such as increasing the blast radius of your freeze blast or being able to recharge your powers quicker are items you will definitely want as you progress through the game.

Saints Row 4 offers a plethora of side quests in addition to the main storyline quests. This is a game that struck the completionist nerve in me so I went around and did everything I could. Some of the side missions provide some of the best moments in the game such as when you hear characters singing along to a certain song or participating in other wacky shenanigans. You’ll have your standard side quests such as hacking into a store or injecting a virus somewhere to try and weaken the simulation. Saints Row 4 also offers a co op campaign which will allow you to go through the story with a friend if you so choose which makes the game even more fun. There are special co op missions and activities too but they are optional as well. Then you will have a loyalty quest for each member of your crew and this is where some of those amazing moments happen. The loyalty quests are important to the game but they are optional. By completing these quests your crew will gain superpowers and they will wear a different outfit so you can tell in a glance whether you have done it or not.

Speaking of the outfits your crew wears, Saints Row 4 offers a deep customization suite that will let you design your character however you want. You can choose the sex, race, body type, voice, personality and much more. Going a little deeper you can choose the type of facial hair your character will or won’t have, the types of eyebrows they have, what kind of makeup they might use and much more. If you have played Saints Row in the past then you should have a good idea of what is on offer here but Saints Row 4 definitely feels like it has the most customization in the series so far. Once you get that taken care of you can then buy clothes for your character or have them wear none at all but certain areas are blurred in that instance as you can expect. It can be funny seeing someone walk down the street in a Gat mascot outfit or in an Uncle Sam outfit because, why not? Once you are done you can upload your creation to the Saints Row community so that you can show off what you have done (and you’ll get an achievement too). 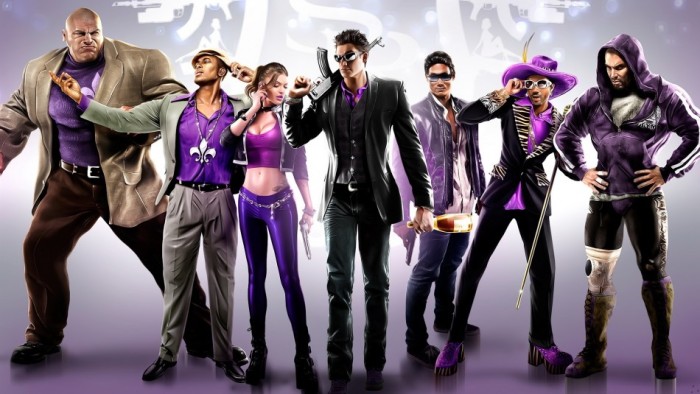 The mini games have also returned to Saints Row with some old favorites returning alongside new ones. Since you are in a virtual simulation of Steelport there are activities such as races where you utilize your super speed or a platforming rift where you need to destabilize the simulation. Then there are the returning favorites such as insurance fraud and tank mayhem. There is something here for everybody and it is a ton of fun to see how much damage you can cause either to the environment or to yourself. For those of you who enjoyed Professor Genki in Saints Row The Third he also makes an appearance with his Mind Over Murder game that you will need to participate in and, of course, each of these games has a bronze, silver and gold medal to win. These tie in to the various challenges that the game has to offer and that you will need to complete if you really want to do everything in the game. Other challenges include killing 100 enemies with a certain type of weapon, spending some quality time with your crew outside of missions, getting kills with specific weapons such as the dubstep gun and more. Saints Row 4 is a game that will keep you busy for quite a while if you are someone who wants to complete everything.

During my time with Saints Row 4 I had a tremendous amount of fun and I really loved the vast majority of it. There are a couple of technical limitations though that I feel should be brought up. The draw distance in the game at times can be pretty bad. While there are times when I can stand on the roof of a building and look across the map to another building, there are other instances where things won’t appear until I am almost on top of them. One of these instances is the flashpoints where I have to wipe out the enemy in order to get control of that area. If you approach on foot then you are fine. If you approach through the air though you could be right by the area and you wouldn’t see any enemies until they all of a sudden pop in as you get closer to the ground. There are some other instances of graphical pop in such as bushes all of a sudden appearing every once in a while and things of that nature. It doesn’t take away from the great time I was having with the game but it is something that I noticed. Another thing I didn’t particularly like is that you can’t replay missions once you have completed. It would have been nice to have that ability if there was a mission I really enjoyed and wanted to replay it. I would have also liked the ability to remove a challenge from the list once I complete it instead of having to always scroll down the long list to get to the one I wanted. That is just a personal preference though and probably just my OCD kicking in.

Saints Row 4 is a tremendous amount of fun. Being able to leave the “real world” behind completely opened up the gameplay with all of your new powers and I enjoyed every minute of time with this game. Volition also had this really nice idea that, since you are in a simulation, you might encounter “glitches” in the game. As you progress in the game you might see cars “glitch” more and more as you destabilize the simulation. It really is a nice touch. The over the top instanity is still here in spades and there are some truly great moments that you won’t want to miss out on. The homages in this game are spectacular and should not be missed. I won’t spoil any of them for you here but they are really well done and gamers should get a really big kick out of it. Volition has done a really great job with this game and after completing it I am anxious to find out where they take the series for Saints Row 5. I have my own theories of course but I’ll keep them to myself so I don’t spoil any story details for you. There are a lot of games that are set to come out but be sure that Saints Row 4 is one of the titles that you pick up. The small annoyances I mentioned up above don’t detract from a stellar experience and one that anyone with a sense of humor will enjoy.