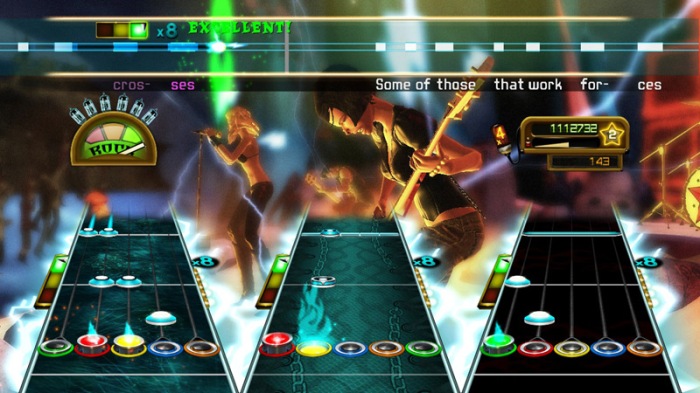 Guitar Hero Smash Hits is the latest Guitar Hero to hit store shelves and it is definitely a mixed bag. On one hand it is a great idea to bring in older songs from previous titles that couldn’t be played in a band setting so that you can play those songs with friends. On the other hand that is all you get. None of the downloadable content you have from World Tour or any of the other Guitar Hero titles will work which will limit the replayability of this title. Some of the modes also don’t work as they should. Whenever I tried to go into “Quick Play” it would always tell me that I needed a microphone or a Xbox 360 headset plugged in to continue, even if I was only going to play the guitar or drums. It is a really annoying feeling when you are forced to plug something in to the game that you are not going to use.

There really isn’t a whole lot to say about this game. It is a cash grab by Activision to see how much money they can still get out of the franchise. If you haven’t played these songs in the past then I’m sure this game will be a lot more fun for you than it would be for people who have played all of the other past titles. The fact that it doesn’t allow you to use any of your downloadable content from previous Guitar Hero games is inexcusable. The fundamentals of the game are still there and they still work as well as in previous titles. The problem is that you won’t really see anything new until Guitar Hero 5 so there really isn’t much point in purchasing this title when a much better one is only a few months away. If you are a big Guitar Hero fan then I would rent this title and play it until you are tired of it. I definitely wouldn’t buy it as you will get bored pretty quickly once you have beaten the career mode.