Forza Horizon 3 is set to race onto your console later this month but a few weeks ago Microsoft invited us to come see of the game. We were able to play the opening segments of the game as well as see some of the aspects you will see once you get a little further into the game. It should go without saying by now but Forza Horizon 3 is absolutely gorgeous. Forza Horizon 3 is set in Australia and does an amazing job showcasing the outback, the cities and the beautiful gold coast. One moment that sticks in my mind both from the time I spent with the game at E3, as well as at this most recent event, is racing through a small cave for a few moments and then coming out the other side with the sun shining, the water immediately to my left and an impeccable looking beach that I get to race across. Forza Horizon 3 is also the first game by a Microsoft studio that will support HDR gaming, which essentially means that the imagery will be even more jaw dropping.

As I started my session with Forza Horizon 3 I noticed a lot of similarities to the E3 demo I played so I was already familiar with what to do and I knew what was coming up. Once I bypassed that part though I was able to race around in Forza Horizon 3’s open world and go to my first festival. In this iteration of the Horizon franchise you can help festivals grow by expanding them and then once you have done that you can open up different locations in other areas. There is the first one which everyone will go to and then once you are far enough you can pick where you want the second to be whether it is in the outback or in one of the cities. During this session I chose the city and after I did that I was off to meet requirements for that particular festival. Interestingly enough after I made my selection I was informed that 58% of people had made that same decision. I chose the city for the change in scenery so I could see more of the game and it would seem others had similar thoughts. 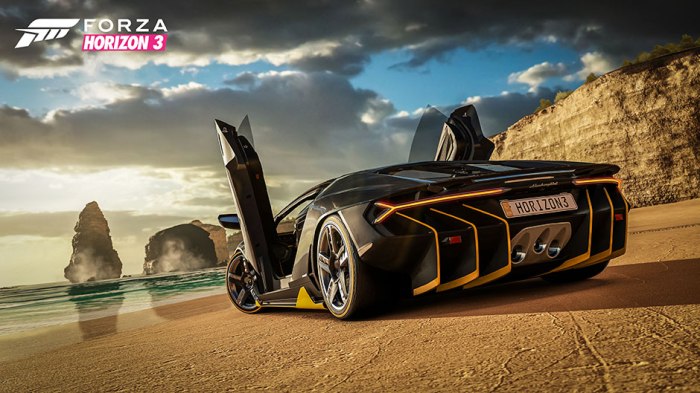 There are a plethora of events to go through in Forza Horizon 3 with a lot of them being familiar to series veterans. There are your point to point races, barn locations to find, bucket list items to complete and more. There is new gameplay here too such as danger sign jumps, convoys and drifting is returning to the franchise as well. You also still have those crazy showcase events and you will come across one fairly early on in the game where you have to race a jeep that is being around suspended from a helicopter. It is a good amount of fun and I look forward to seeing what other crazy stuff they have put in the game.

Forza Horizon 3 also has four player online co-op that will allow you and your friends to race around the world and, for the first time, earn rewards of a Horizon campaign together. As you are cruising through the Australian outback you will be able to choose from eight diverse radio stations to listen to or create your own custom station from your own music collection with Groove Music.

During my time with Forza Horizon 3 I was happy to see that it controls just as well as it ever has toeing that line a bit between being arcade-y and a simulation but leaning more towards the arcade-y side of things. Forza Horizon 3 has over 350 of the world’s greatest cars recreated with the ForzaVista tool. Using this tool they details such as full cockpit views, workings lights and wipers and more.

Forza Horizon 3 is currently slated to be released on September 27, however, you don’t have to wait that long to try it out as the Forza Horizon 3 demo should now be available in the Xbox store. If you don’t see it for whatever reason then just keep checking back but it should be there. If you like what you see and you want to purchase Forza Horizon 3 then there are three different versions to choose from:

Take a look at the screenshots and trailer and tell us what you think. Are you excited for Forza Horizon 3? 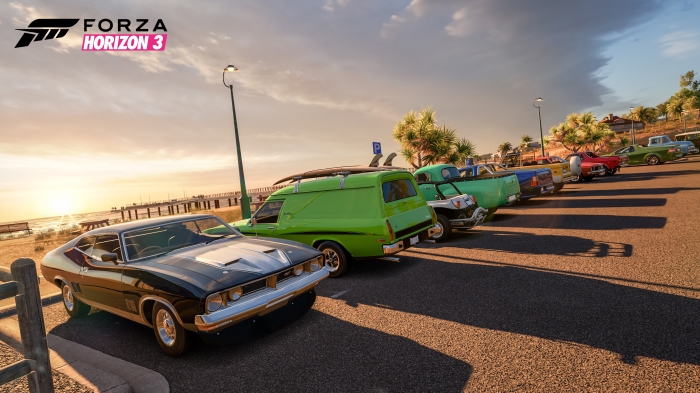 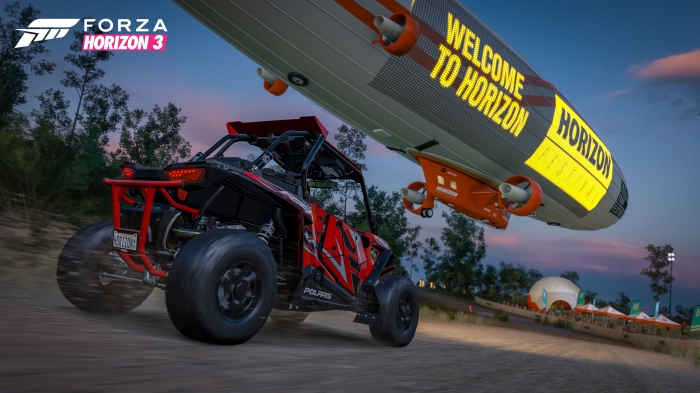 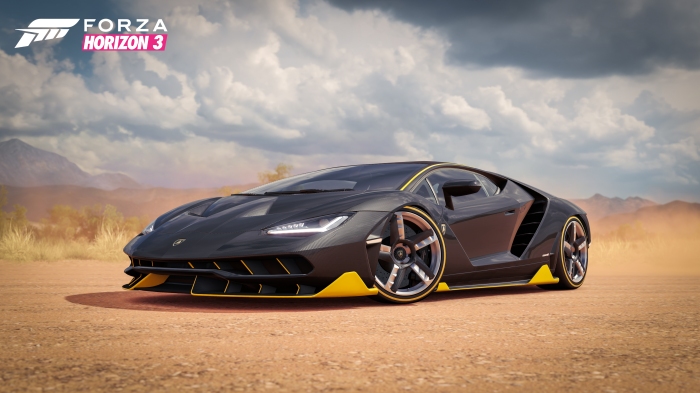 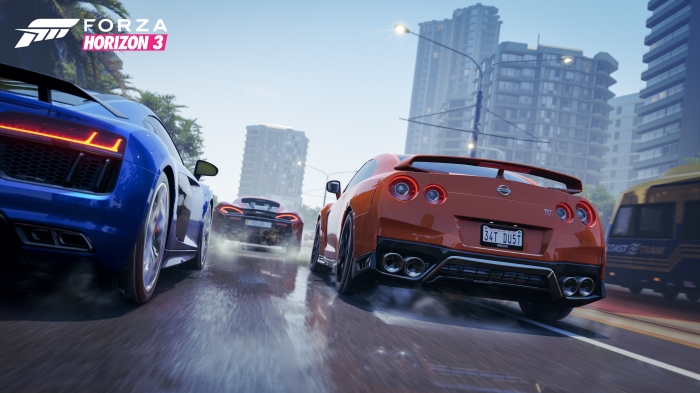 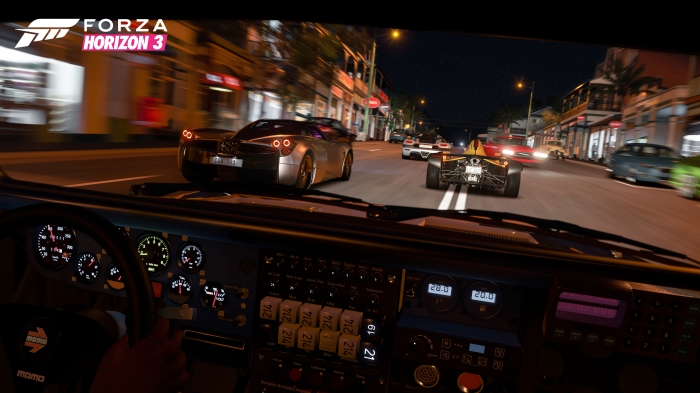 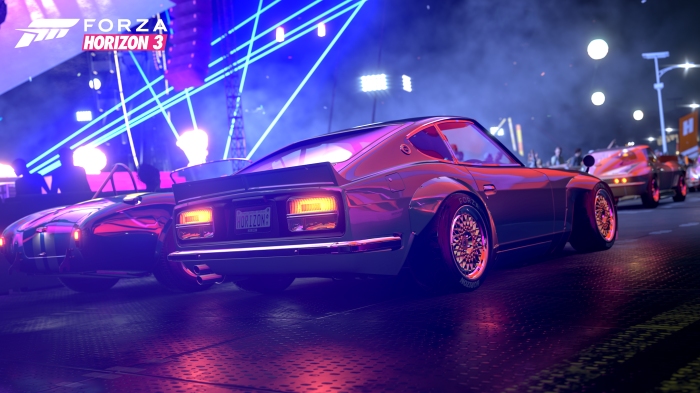 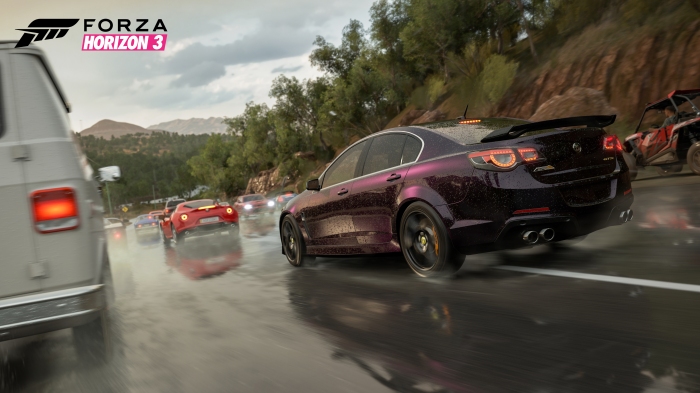